Less than a year ago, all that I knew about Everglades was its general location in Florida and the presence of alligators. Through numerous scientific talks given at FIU, my classes, and my research, I have gained a great deal of knowledge about the history of the Everglades as it relates to my field of study. The Saturday that I spent in Gainesville at UF opened my eyes to an entirely new aspect of the Everglades that I had not previously considered; the political side.


I was well aware of the detrimental anthropogenic influences that the region has experienced, so I knew that humans were intimately involved with the changes that have occurred over the past hundred years. I was also aware of CERP (Comprehensive Everglades Restoration Plan) and CEPP (Central Everglades Planning Project), which were created in response to all of the changes than humans have induced, but I hadn’t given thought to the initiation of these restorative measures. Without important projects like these, the Everglades ecosystem would be in much worse shape than it is today. These restorations would never have come into existence without the advocacy that past environmental activists have put forth to decision makers in government. Decision makers in government are responsible for creating the funding that allows for many of the current restorative activities that have already happened and continue to occur. If not for the advocacy of past activists, the public funding that is currently in place for projects like the FCE LTER would simply not exist.
The workshop began with an introduction by Senator Bob Graham, during which he communicated its goal: to create a bridge to apply personal experience to a larger challenge using the emotional and physical attachments that concern you to action. His introduction was followed by a superb overview of the natural and anthropogenic history of the Everglades, with talks given by UF and FIU faculty, the USGS, and the Everglades Foundation. 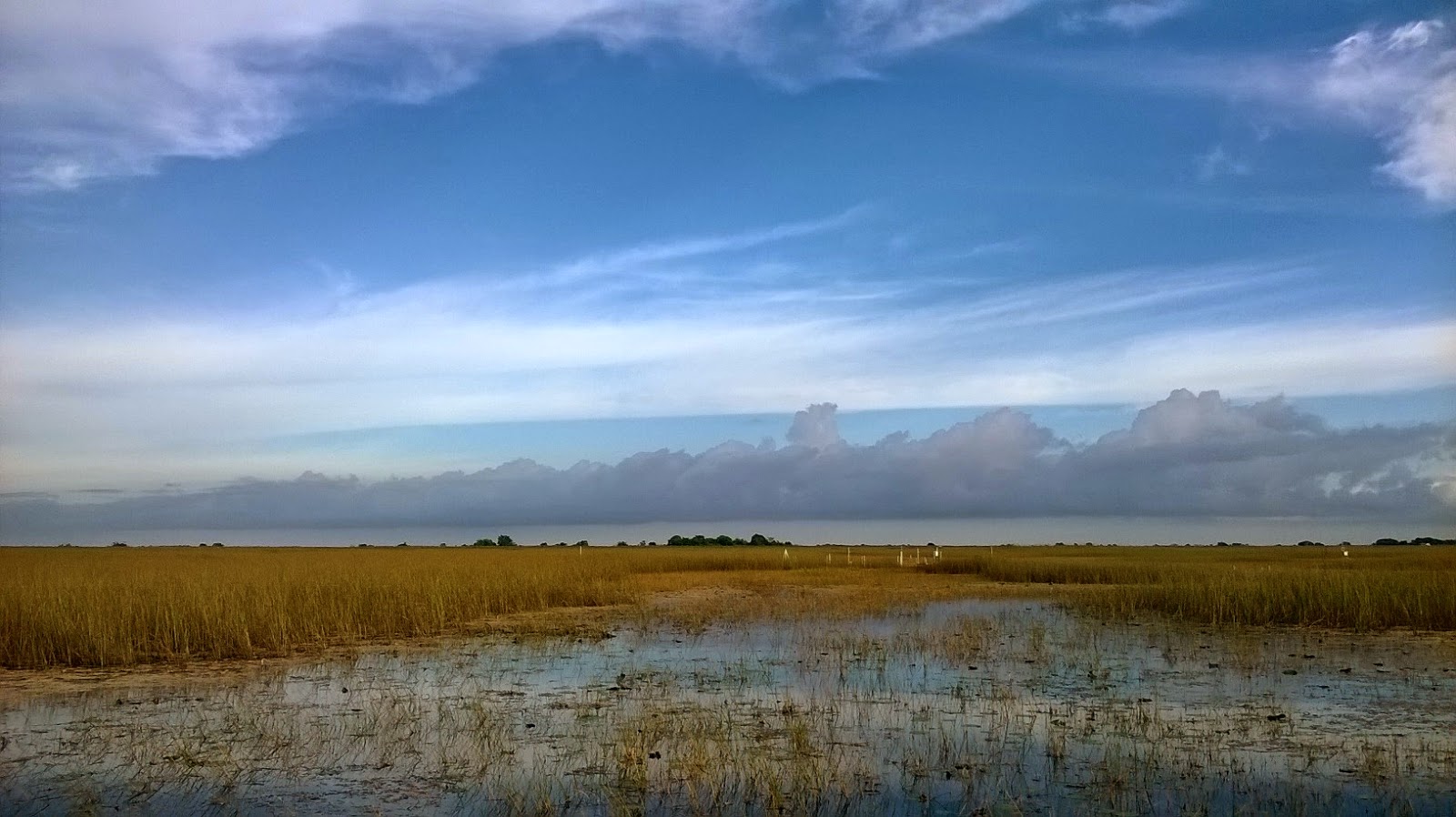 Talks included a general physical history (Stephen Davis, Everglades Foundation); an examination of the pulsed, natural and managerial cycles (Marc Brown, UF); a discussion of the challenges and difficulties of science and monitoring with respect to everglades restoration (Vic Engel, USGS); the predicted impacts of climate change and sea level rise (Tiffany Troxler, FIU); the convoluted legal history of everglades water quality litigation (Richard Hamann, UF); the difficulties of communicating issues to policy makers (Dawn Sheriffs, Everglades Foundation); and an introduction to the friction between agricultural interests and restoration efforts (Katrina Schwartz, UF).
The second part of the workshop began with an impromptu play. In the play, Chris Hand (the senator’s assistant and co-author of their book) acted as a congressman and willing participants that the senator had recruited during the lunch break played the parts of environmental advocates, demonstrating some of the common pitfalls that many advocates endure. The play was used as a segue into a discussion of the their book: America, the Owner’s Manual: Making Government Work For You. Senator Graham and Mr. Hand then discussed the process of building coalitions and persuading decision makers, making each of the components very approachable and understandable.
The final portion of the workshop consisted of a pair of breakout groups that focused on advocacy techniques and sea level rise; topics selected based on the audience’s choices. These productive groups presented their discussion results afterwards as the conclusion to the workshop.
There are many people interested in advocating for various causes, but few know how to achieve their goals. Regardless of what background a person may have, the advocacy tools taught in the workshop and the history of the Everglades that was presented combined to produce an excellent foundation for making one’s ideas heard by decision makers. I hope that the workshop can be held soon at FIU, where there are a large number of students interested in advocacy for the Everglades.
Conferences conservation Education and Outreach