This post was written by Nick Schulte, a Master's student in Evelyn Gaiser's lab at Florida International University.

So where would you go to study how Everglades algae respond to increased nutrients from sea level rise? The Florida Everglades, right? That’s what I thought. But I went to Iowa. 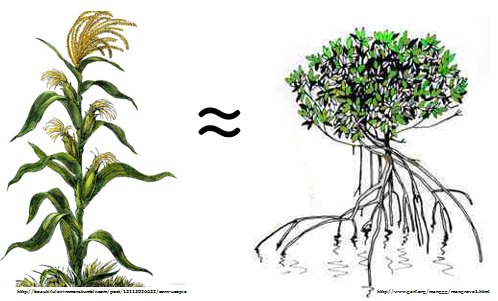 Iowa Lakeside Laboratory, more specifically, on the shores of Lake Okoboji (yes, I still confuse it with that big lake in the northern ‘Glades). A bit clearer but still unhelpful? This summer I attended two courses at Lakeside: Ecology and Systematics of Diatoms and Ecology and Systematics of Freshwater Algae. In that order – specific to general, that’s how it’s normally done, right? Start looking at the fineries of a specific group of algae (“the algae that live in glass houses”, or diatoms) and then see how they fit into the bigger picture of general phycology (“phykos” for “seaweed”). It actually makes a lot sense, especially when my research pays particular attention to the changes among the diatoms within algae communities in the Everglades (now I’m finally getting to the point). And it just so happens that the place to learn about diatoms is 1,800 miles from South Florida (or a 26-hour car drive, but who counted?). So while many of my peers were up to their knees in peat or swarmed by mosquitoes in the mangroves of the Everglades this summer field season, I was swarmed by mosquitoes by the lake, up to my knees in what many would call “lake scum”, and up to my eyes in diatoms in Iowa. And it was excellent.

Life at a biological field station is an experience completely its own, and as such it’ll get its own blog post! But suffice it to say, here, that it facilitates connections that are hard-pressed to forge elsewhere – connections to the research, to faculty, to peers, to the community, to nature. And it is my good fortune that Gene Stoermer established a “Diatom Clinic” at Lakeside in 1963 and that this course has persisted for 52 years, taught by Gene, Charlie Reimer, Gene again, and now Mark Edlund and Sarah Spaulding – all rock stars in diatom science committed to grooming new generations of diatomists. And the intrigue and utility of diatoms (boy, what a boring book title – we’ll have to think of something better) is such that students from all over the world – literally – come to this Great Lakes region of Iowa each summer to gain a proper education and exposure to the wonderful world of diatoms (getting there. But, really, “Great Lakes region of Iowa”?! Whoever heard of such a thing? Sounded like science fiction to me.). The class is capped at ten students per summer (one four-week session), and this year we came from Miami, Delaware, Colorado, Utah, MinnesOta, Montana, Ontario, and Colombia – with some old class T.A.s who can’t get enough from Arkansas and Macedonia. In short, students and professionals come from all over for a very focused class on a very focused group of algae that many people probably don’t know exist.

But, why? Why diatoms? If you can’t even see these microalgae, why even care? Why not care more about the cursed algae causing that green scum layer on my mom’s supposed-to-be-blue pool? Or those algae being used to solve our fossil fuel dependency? Well, we do care about those – I think cf. Thomas jeffersonii is keyed out as having “all algae are created equal” in its striae pattern (who wants to erect that genus?!) – but some pay particular attention to diatoms for a variety of reasons. And you can see diatoms – but few with the unaided eye. But when a bunch of 10 µm cells (1/1000th of a millimeter) hold a party they can be seen collectively (but only if you want to be seen as a party crasher). If you’ve ever fallen ungracefully into a lake because you slipped on those muddy rocks, don’t curse the mud but the diatoms and the mucilage they produce. Actually, I wouldn’t curse them – maybe reprimand them for their slippery inconvenience – but get to know them (especially now that you’re intimately acquainted, having fallen face first into a nice community [biofilm] of them). When you get to know them you realize that diatoms. are. awesome.

Diatoms are generically and specifically diverse (see what I did there?), widespread, productive, and tasty; they throw great house parties (just don’t throw rocks – their cell walls are glass after all); and they keep on giving after they’ve stopped living. They’re the algae you want to get to know at a party, the ones that always have your back and will give you good guidance in times of trouble (just like Mother Mary). They’re your best friends in the algae world.

Want to know why? Why choose diatoms over beautiful kelp forests or tasty nori (Porphyra, a red alga ‘seaweed’) or nutritious Spirulina (cyanobacteria)? Will Nick be held accountable for such a preposterous claim (after all, who
doesn’t love sea otters?!)? Will we ever get to the “wonder” in the Wonderful World of Diatoms? Tune in next week for even more humorless asides and frustrating skirting around the facts (we are in a bit of a political lull, though!). Tune in next week for these answers and more!

(In all seriousness, thanks for reading this far, and I really do hope you’ll continue with this series!)