The Wonderful World of Diatoms

I admit that I ended that last post a bit unclear. But diatoms, it should be said, aren’t (or, rather, shouldn't be said since I shouldn't use double negatives. Ah, well.). 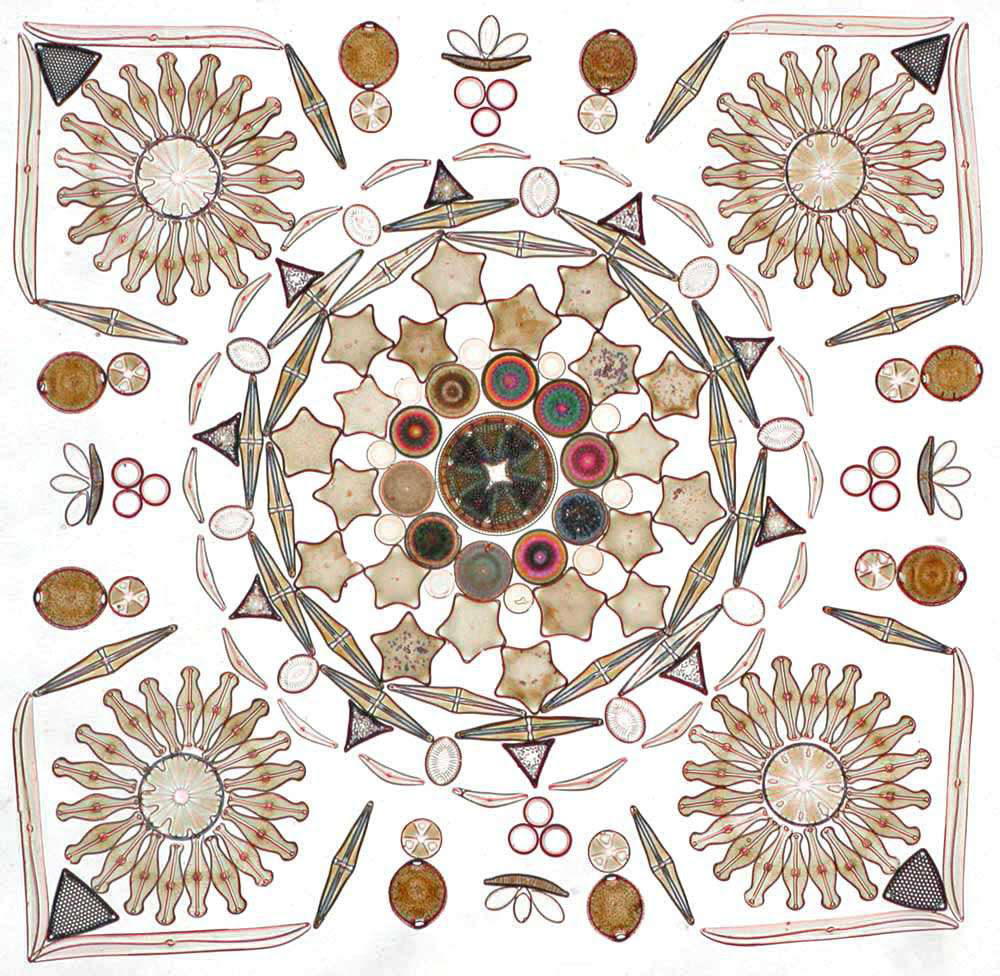 Not physically, that is; you see, diatom cell walls are made of silica (glass), and that feature is actually incredibly important (not to mention gives rise to beautiful 'micromanipulations' like this one by Klaus Kemp - different colors in part because of different thicknesses of their glass). Diatoms arose between 180 and 225 million years ago – youngsters in the algal world (compare that to the geezer cyanobacteria of 3+ billion – way vintage) – and in so doing utilized an under-used, widely available resource that set them apart. The genealogy (or “systematics”) of diatoms has since expanded to include anywhere from 20,000 to over 1 million species that span almost every aquatic or semi-aquatic habitat imaginable – oceans, lakes, rivers, moss, soil. In those habitats they can be suspended in the water column, anchored onto plants or rocks, and moving through the soil. And the species diversity of diatoms is mirrored by their physical diversity: some are round (‘centric’ – shaped like a barrel), others needle-like (‘pennate’), others bent or otherwise contorted (‘yogis’ – don’t quote me on that, though! Those are really just rebellious pennates), all of them in a variety of shapes and sizes. They are unicellular (just like, say, a red blood cell. Only they can be just as small as a red blood cell [~7 micrometers] or over 20 times as large!). Their glass cell walls are adorned with tiny holes in very distinct patterns, glass thickness varies, spines might protrude, a slit used to move may vary in shape and placement. And what’s cool is that you can use all these miniscule features to differentiate species based on appearance alone – quickly and relatively inexpensively (with the right training and tools – mostly a good microscope and a literal library of reference material. I hope you know German, though [the language of some of the best reference texts]!). So the take-home is that diatoms can be identified based on species’ unique cell wall ornamentation (a Who’s Who Among Diatoms in American Rivers and Lakes, if you will. Now that's a taxonomy textbook title!), and that allows us to figure out who’s where and why.

And understanding who’s where lets us use diatoms as very dependable indicators for ecosystem changes. Diatoms are sensitive and like what they like (what's that on the Myers-Briggs Type Indicator? ISFP?). They often fill very specific roles in their communities, and if something happens to the environment – changing temperatures, physical disturbance, nutrient enrichment – then the diatoms, and other algae, are among the first to respond. So you can catch the effects of, say, agricultural runoff into a lake early on if you look at how the algae changes. And arguably the best algae for noting that change is the diatoms because of their diversity, ID-ability, and preservability. Because glass tends to linger in most conditions we can even take a soil core of that 'polluted' lake and examine the diatoms from years past to then model and understand what past conditions were like! Their cell wall ornamentation is preserved, allowing us to still identify their dead ‘shells’ (properly, “frustules”) – a natural preservation that we replicate in the lab by killing modern diatoms so we can look at just their glass frustules to make identification easier. Talk about bio-indicators (and cruelty to diatoms). And that diversity within and among habitats allows us to use diatoms to answer some very fundamental ecological questions involving metacommunity diversity and microbial dispersal and biogeography (I know, I know: those will be discussed in entirely separate posts to come).

And I’m just getting started (“Oh, no,” you’re thinking.). I’ll be quick. Going back to the uninformative reasons of why they’re awesome, some clarification. Diatoms alone produce around anywhere from 25 to 40% of Earth’s oxygen and are large carbon sinks (translation: they gobble up that pesky carbon dioxide and give us oxygen, free of charge. So generous!). They produce oil droplets that are delicacies for primary consumers (as well as nutritious – think Flintstones gummies good) – and they have potential to be used for biofuels (they’re trying to squeeze the oil out of them. Literally.). When they died off en masse thousands of years ago (diatom genocide! Where was the UN?!) their graveyards eventually became reserves of 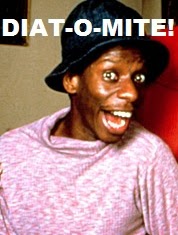 (or diatomaceous earth), which is great if you like clean teeth (as an abrasive) and beer (as filters) and don’t like ants in your house (natural pesticide). But even when they’re alive some species secrete vast amounts of 'mucus' around them that invite all sorts of other creatures (mainly bacteria, fungi, and/or other algae) to party and form a biofilm, which have even more ecosystem benefits (outside of making you fall on your face in a lake)! Imagine coating yourself in your own snot and letting stay anything that wants to use, eat, or add onto that snot (not quite a perfect example of the intricacies, but what a vivid picture for the general idea! That makes the "affectionate" term of "rock snot" for biofilms of the diatom Didymosphenia geminata even apter, eh?). 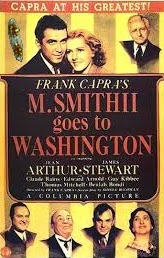 I realize that all of this may be a little too general to be overly informative, but my hope is that it piques your interest in learning a bit more about diatoms – whether scientist or enthusiast. In the Everglades we’re using diatoms to look at ecosystem-scale effects of sea level rise on the Everglades. Diatom indicator species of nutrient enrichment are used in assessing the efficacy of Everglades restoration and conservation. We see poignant applications of diatom science right here in South Florida that are visible all the way up to reports to Congress! (Mastogloia smithii Goes To Washington, anyone? Though Sylvia Lee may have something to say about that nomenclature!)

But in all this excitement about diatoms it’s important to recognize algae as a whole. Cf. T. jeffersonii (invalid, illegitimate, and insane taxonomy?) doesn’t agree with discrimination, remember. So to rectify this miscarriage of algal civil rights, stay tuned for the next installment of the Wonderful World of Algae! (Will there be death? Will there be destruction [of tasteful writing, yes! Of algae…?]? Will there be adorable pictures of sea otters on an Everglades research page? Find out next week!)