Although he never wrote it down, the late Colin Patterson, one time vertebrate palaeontologist at my home from home, the Natural History Museum, London, often said that when confronted with any particular biological specimen, three questions should come into the minds of systematists: What is it? What is it related to? Where does it live?

For me, the first is often a struggle, as wading through books of images can be a tad soul-destroying, especially if the images never quite match what’s in front of you. Start with something easy – that’s what Frank Round told me, a long while ago now. Easy? There’s a lovely book by Archie Carr, A Naturalist in Florida, A Celebration of Eden (1994). In it there’s a key to the fishes of Alachua County, Florida, first published in 1941. One instruction reads: “Not as above; fins with dangerous spines; catfish-like—in fact, a catfish”, with a footnote: “Any damned fool knows a catfish”. So, Frank suggested Fragilaria virescens1 because, well you’ve guessed already: “Any damned fool knows Fragilaria virescens.” 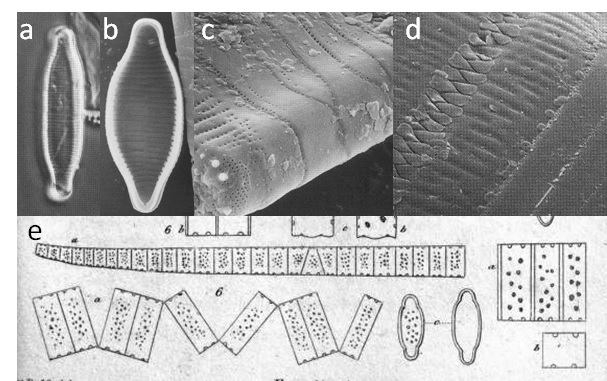 I was lucky enough to have access in the Natural History Museum, London (NHM) diatom collections to more material supposedly of this species than I could deal with in a reasonable amount of time, upwards of 500 plus slides, most from localities in the UK, but many more from Europe, some from the USA, others from Australia. At that time, I didn’t look at nearly enough specimens, but it was obvious to me after a short while that, no, “Any damned fool would not know Fragilaria virescens”. 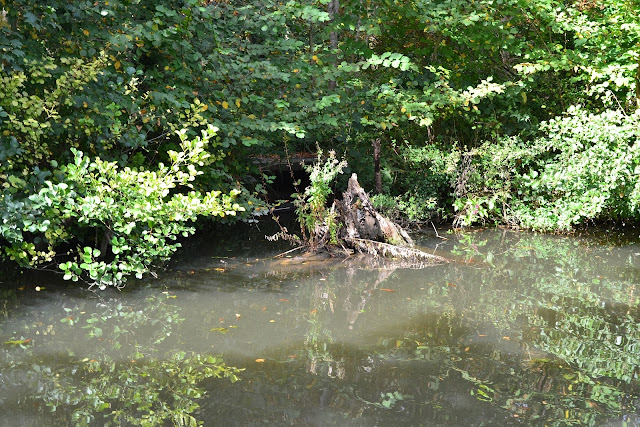 Fragilaria virescens is normally considered a common, cosmopolitan species, found often, found everywhere. But after looking at just a few specimens from outside the UK, I became aware that this name had become attached to anything that vaguely looked like its potted description. Here’s one from an online key: “Valves with linear or slightly convex margins, narrowing to rostrate or cuneate apices”. I’m responsible for another, perhaps even simpler, description. I guess it’s best to look at the pictures. But looking at the specimens (rather than pictures) in the NHM, it became clear I wasn’t dealing with one species but a quite a number, some already with names, others in need of one. I also had access to Ralf’s original specimens, which helps. So the “What is it?” question was hard to answer straight away but I came to the conclusion, not yet fully documented I should add, that Fragilaria virescens is anything but a cosmopolitan species – from the material I have had access to, it occurs only in the UK, and some parts of Europe – a different species extends upwards into Lapland, for example, and most of the specimens from Australia, along with others from further far-flung territories, were simple misidentifications. So, the answer to “Where does it live?” emerged from investigating “What is it?”.

Now we have a much better understanding of the species, with its rectangular frustules, the linear colonies it forms, the valve being lanceolate to linear with tapering, rostrate to capitate apices. We now know that it has a fairly faint central sternum, and that the mantle margin has siliceous plaques. The linear colonies are a result of spines on the valve face/mantle border, which are simple interlocking projections. There are apical pore fields at both poles and one polar rimoportula. Its girdle (cingulum) has 4 to 6 open bands, and the plastids are numerous small discs; and we also know a little about its ‘development’, from auxospore to vegetative valve. From this constellation of characters, some define the species, others the genus; the thin barely visible sternum, a character of the genus – but it is not a Fragilaria (whatever that might be). So the answer to the question “What is it related to?” is: other members of the genus Fragilariforma, having this barely visible sternum. Since Ralfs described it in 1843, Fragilaria virescens has been sub-divided a number of times, yielding some 80+ names of varieties and forms. Resolution of these names (“What are they?”) might be achieved to a certain degree by examining the type specimens of each, should they still be available. But a comparative collection, like that in the NHM, is a far better way, assessing numerous specimens, from many geographical regions.

Taking an apparently well-known diatom (“Any damned fool knows Fragilaria virescens”) and investigating it closely tells us that we actually didn’t know what it was, what it was related to, nor where it lived? I think we have a better idea now. Let me finish with a few more wise words from Colin Patterson, and these are published: “ […] you never know enough about anything, and if for a few months or years you should ever believe that you do, you are either past it or in for a surprise…Yesterday’s secure knowledge is tomorrow’s laughing matter”.


1. The genus Fragilariforma typified by F. virescens was described by Williams and Round (1988).