If you're running a bit behind and need some input on how to fill out your bracket: basically, just choose whichever organism you think has a greater effect on the Everglades in the head-to-head matchups. Once you determine who wins the first two matches, you'll then choose which organism out of those two teams wins in the next round, etc. You can determine winners based on a cost-benefit analysis that isn't necessarily limited by the two organisms' real-life interactions... or you can be more partial and pick your favorite. 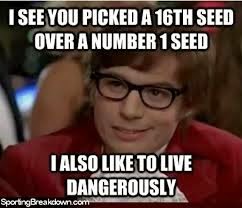 After all, it's YOUR votes that matter. I've attached 4 polls to this page, one for each group in the bracket. You'll notice that the organisms are arranged by how they appear in the bracket (i.e. the organism underneath the first is playing the first organism, as it is throughout). You should vote multiple times on the poll (i.e. click multiple boxes): one vote per matchup (pair of organisms). Therefore, don't go voting for the alligator AND the killifish (they can't both win) and don't not vote for neither the panther or the woodrat! You should have 8 boxes checked per poll. Try not to be swayed by others' votes: I'm working on cloaking the results! 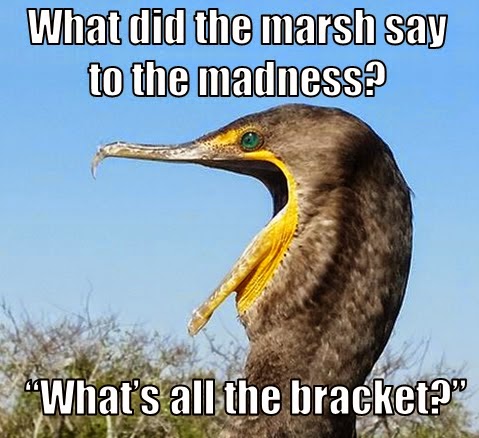 Voting is open until the end of the day Monday, so get your votes in before then. The Round of 32 will be open for all of Tuesday, Sweet Sixteen for Wednesday, Elite Eight for Thursday, and the Final Four for Friday. We will be holding First Friday that Friday, so we can discuss and analyze the upcoming championship game that will end on the following Monday.

And remember: if you don't vote, I have a hunch Periphyton 3 wins it all... Without further ado:

Round of 64: Primary Producers, etc.