By Nick Schulte - March 30, 2015
Well! Round 1 is over, and we had some upsets, a couple of blow-outs, and quite a few expected wins. Apparently, primary producers are rather dependable: nothing all that exciting going on in that group. But some things of note elsewhere.

As few would have denied (except for me. Too much CERP sampling has biased me towards the little man), the alligator trounced the marsh killifish; the panther consumed the woodrat; sawgrass dominated love vine; and the mosquito swarmed the deer fly. The lobate lac scale was absolutely embarrassed by the Mayan cichlid (West Virginia/Kentucky style). BUT we also had some surprise victories: the largemouth bass was fish food for the ibis (some UM fans voting?! And not enough Rehage labbers!), the upside-down jellyfish out-charisma-ed the apple snail, the green iguana mangled the Melaleuca (apparently there's still some bitterness towards Melaleuca out there), and it took a come-from-behind victory for the crocodile to digest the white-tailed deer
.

But the biggest upset of all came down to a buzzer beater in double overtime (Robert Horry style. Read: coin toss, best of 5): Burmese python, ranked no. 1 in the Invasives class and - by all accounts - a wily beast, lost at the last second to the FERAL CAT 16!! Apparently, the sheer number of fresh (i.e. disease-ridden) underclassmen recruited from FIU outside ECS was too much for the python to handle. It was a close one, but we already have the biggest upset the marsh is likely to see - but with the python gone, who's really complaining?

We proceed to the Round of 32. I realized my mistake on the original bracket, but the matchups in the poll are accurate. Remember, you should have 4 votes per poll, one vote per pair of 'teams'.

Round of 32: Primary Producers 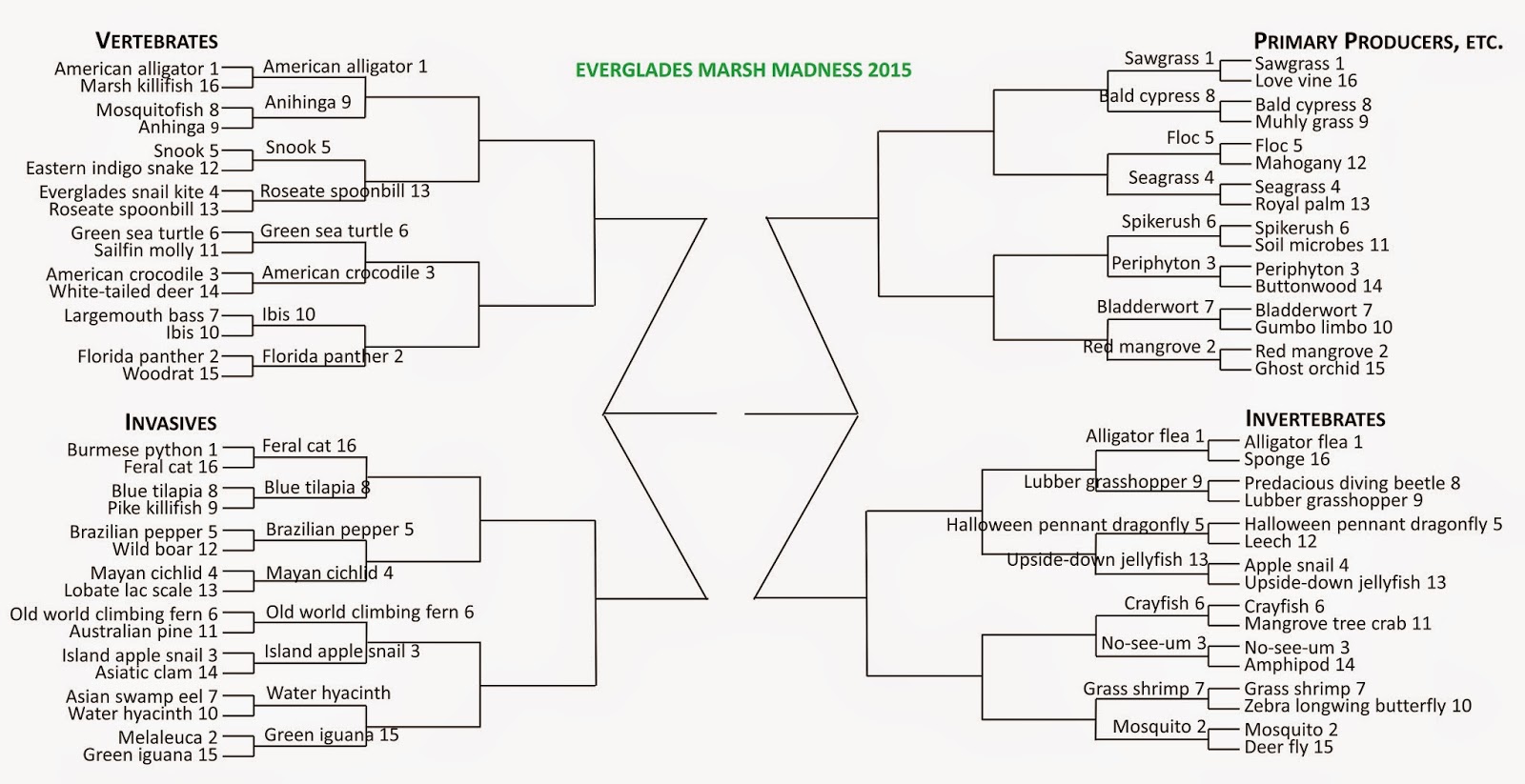