Did you know that March 19 is Taxonomist Appreciation Day?

Fig. 1. Cartoon on what taxonomy is. Image credit: BuzzHootRoor from https://smallpondscience.com/2014/03/19/today-is-taxonomist-appreciation-day/

Taxonomy is the study of organisms and their classification (or in more witty/punny terms in the image above, “how you phylum”). Recognizing and putting names to organisms may come easy to some natural-born naturalists, but taxonomy can be a challenging task requiring specialized knowledge. This is especially true for groups with many species, such as diatoms. Species identification may not seem like an important skill, but it can be thought of as an essential part of “ecoliteracy.” It is difficult to care about something if you do not know its name, and it can even become extinct without your knowledge.

As part of my Ph.D. research, I was able to do an in depth study of some of the diatoms in the Everglades, and described them as new species. Two of the species are in the genus Mastogloia. Mastogloia calcarea is very abundant, while a similar diatom, Mastogloia pseudosmithii, is quite rare. Rare diatoms are difficult to study, because one image of a single diatom is not enough to understand how the cell morphology of that species changes through the life cycle of its population. To adequately describe the species, a researcher would have to wait until enough specimens could be found or happen to obtain a sample with a larger population of the rare diatom. Fortunately, I was able to find enough specimens of the rare diatom because my advisor, Evelyn Gaiser, has been collecting diatoms from all over the Greater Everglades as part of a large monitoring and research program since 2005. Even in samples with a “good” population, M. pseudosmithii was only 1% or less of the total diatom abundance. I found this species in samples usually from brackish areas near the coastal marshes of the Everglades, which have higher salt and phosphorus levels than areas in the interior of the Everglades. 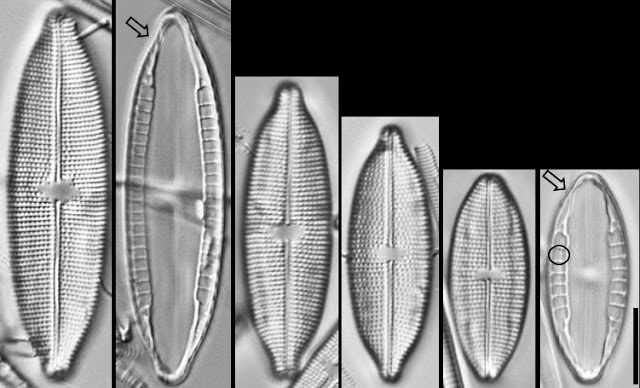 You can see in the collection of specimens in Fig. 2 that, as M. pseudosmithii becomes smaller with cell division, the ends of the valve changes from rostrate (pulled out like a nose) to rounded. You can also notice that the second and last images are actually part of the same cell as the specimen to their immediate left. The structures indicated by the arrows in Fig. 2 are the partectal rings, a special girdle band that all species in the genus Mastogloia possess. The partecta are chambers inside the diatom cell that are associated with the production of mucilage, which may protect the cell from drying out. 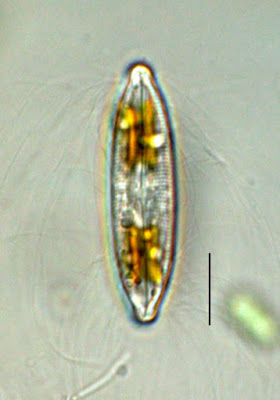 Diatoms are sensitive indicators of environmental change, but using these or other algae as indicators is difficult if they are not identified correctly. To obtain accurate signals from diatoms about environmental conditions, researchers strive to put correct names (or at least, consistent names) to diatom species. Diatoms of the United States is a reference on North American diatoms (including Canadian records) with the goal of improving the use of diatoms in biomonitoring programs in the US.

Learning to identify diatoms can be a fun challenge when combined with the field station experience! This summer, I am co-instructing the college/graduate level Ecology and Systematics of Diatoms, as well as the high school level College Prep Diatoms at Iowa Lakeside Lab. The courses provide an immersive setting, excellent microscope station for each student, and fun sample collection field trips to local lakes, streams, and wetlands. Spread the word! 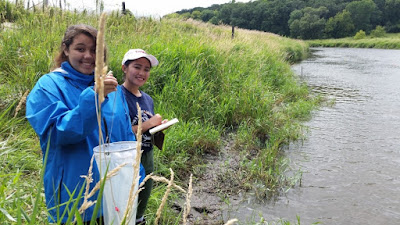 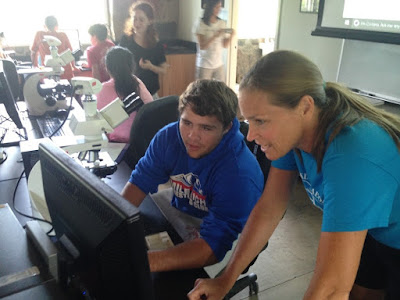