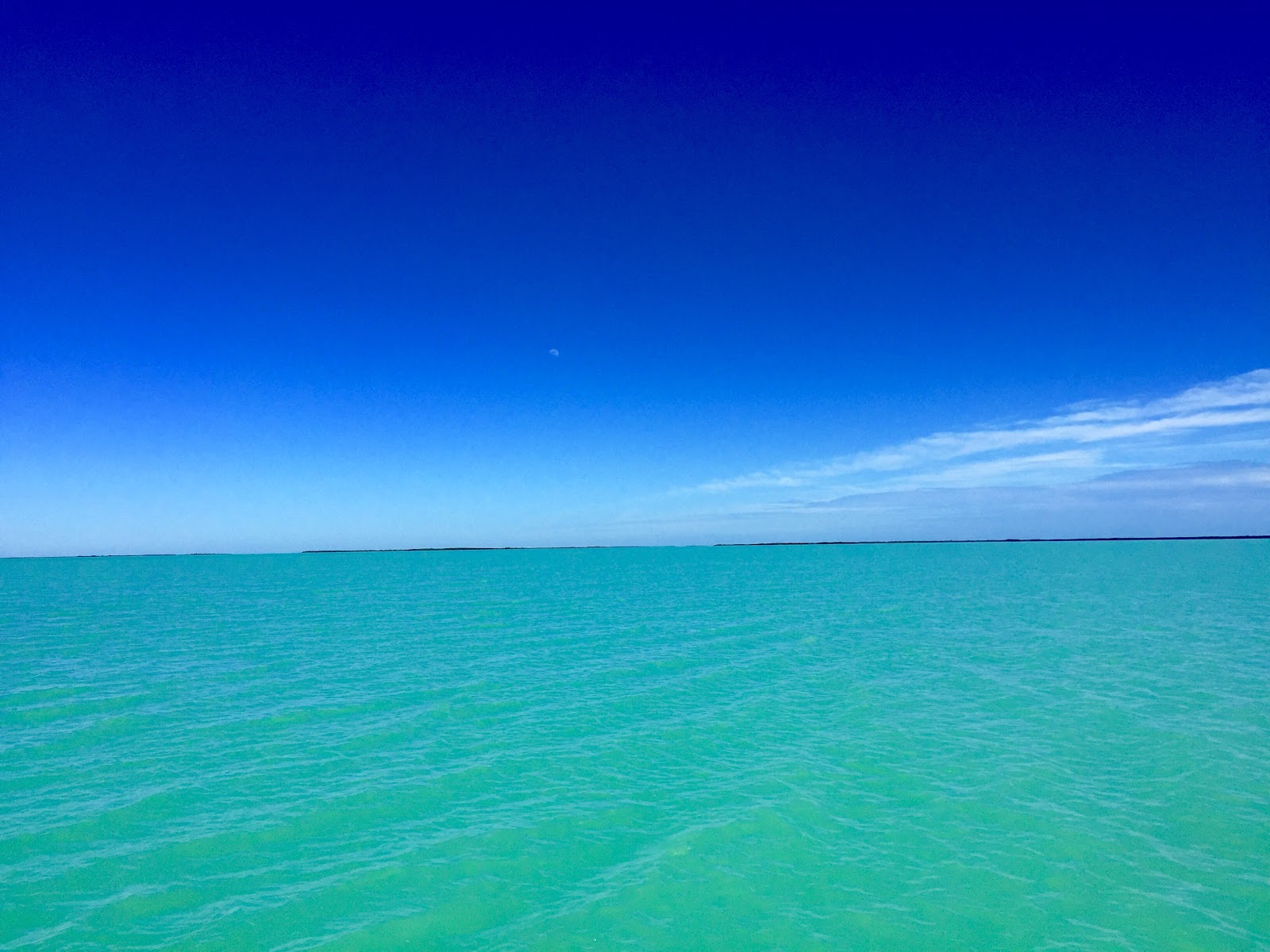 The interest for my research began far from the boundaries of FCE. Swimming through the glistening waters off the Florida Keys in the reef tract, I saw a system that was teaming with life and full of surprises. As I grew older and gained exposure on the status of the reefs, it became clear that the surprises will not be as pleasant if we proceed with business as usual. As soon as I gained access to web of science in high school, I was digging and searching through the literature to better understand the dynamics systems of coral reefs. I wanted to know everything from what composed the communities to what was affecting the ecosystem form and function. It became clear that coral reefs and adjacent systems are changing and we are leaving our fingerprints on the gas handle.

As my exposure to science increased during my undergrad, global climate change was a paradigm that had shifted and was now in full effect. I remember a line that was used to describe environmental strategies into the future, "If mitigation was yesterday, how are we going to adapt to changing conditions?". The topic of CO2 pollution sparked my interest and I quickly became wrapped in the carbonate chemistry equation and understanding ecosystem metabolism. I knew that corals are heterotrophic animals and have symbionts that can fix CO2 and supply the coral with a source of sugar to use for growth and reproduction. But it didn’t add up; the holobiont was not in balance if the structure it built was dissolving right under it. The ocean acts as a pump for carbonates that help buffer the atmospheric CO2 by adding to the amount of CO2 in the atmosphere. It turns out that what buffers that CO2 is on the other side of the carbonate equation, which is the molecule used to form coral's physical support. So how can we reduce the amount of CO2 in the Ocean (1)? It turns out that seagrass ecosystems are among the best at capturing and storing organic carbon for long periods. What does this mean for corals? 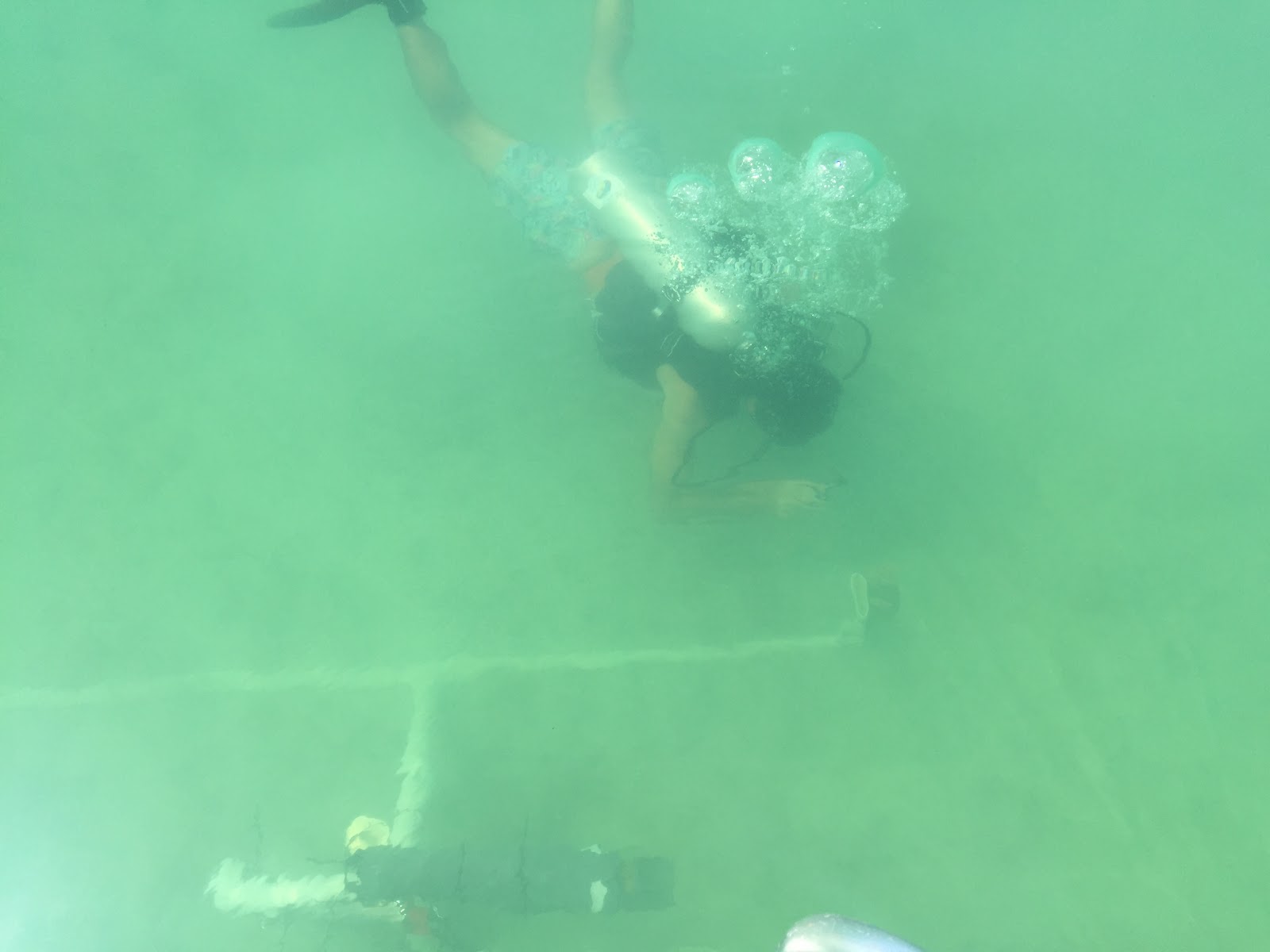 We know that a mole of organic carbon with a photosynthetic origin represents a mole of CO2 that is not available to dissolve that coral or to go back into our atmosphere. Scientists got excited and started to look at the carbonate chemistry between these systems and concluded that seagrass ecosystems have potential to alter carbon chemistry to favor calcification (2). This sounded great to me! We can improve the health of seagrass beds, who will reduce the CO2 in the water. Therefore coral reefs and the atmosphere will be less polluted. Also, if you are looking for an economic application, the CO2 that is sequestered in seagrass beds can have a market value because these systems can trap some of the CO2 in the atmosphere.

Soon after, a paper came out concluding that seagrass ecosystems are a globally significant carbonate reservoir (3). We cannot forget that carbonate equation: for every mole of carbonate produced, almost 1 mole of CO2 is released upon dissolution. To heighten the significance of this work, it had been reported that both components of seagrass ecosystem have global significance. Looking for other examples of this graceful dance between the amount of organic fraction and inorganic fraction, it was present from the sediments of karstic systems to the open oceans as Coccolithophores. For 30 years now scientist have been developing an understanding of the organic carbon component of seagrasses. Now inorganic carbon can be the next piece in closing the loop in the carbon cycle of karstic coastal ecosystems.


Working within the framework of FCE-LTER we have access to a network of systems that have been studied for decades and data to inform historical parameters allowing us to generate robust models that can stand the test of time. This gives us insight to how the ecosystem carbon dynamics will respond to disturbance events, as well as isolate mechanisms that explain patterns in variation. FCE has several natural gradients that make it a fantastic venue for ecosystem studies. 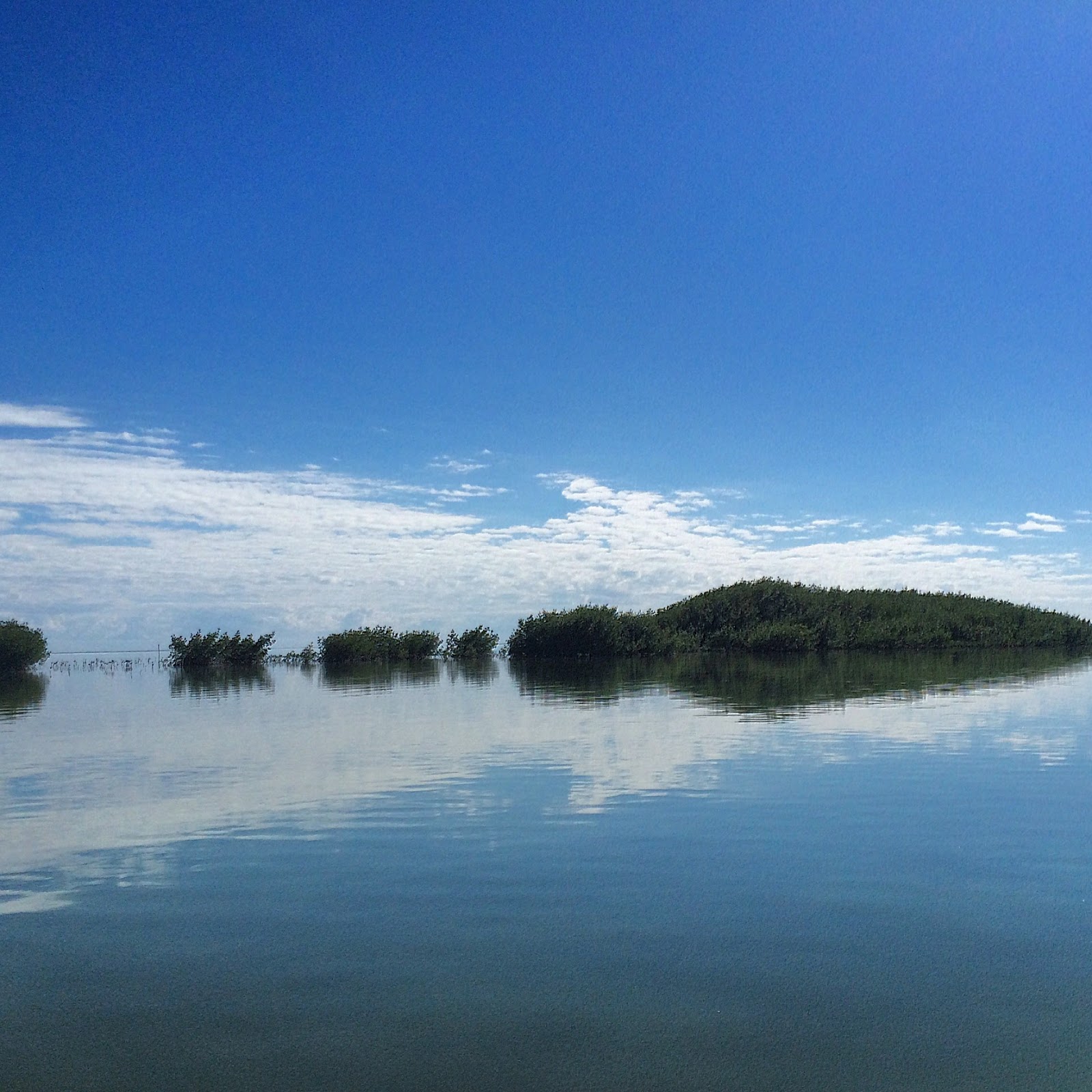 The sites I focus on for my studies begin well after the river of grass ends from TS/Ph 9-11, seagrass meadows that remain submerged all year long. You could expect some adaptations must have developed among these groups to cope with the challenge of always being water logged with salty water that can vary depending on both natural events and human decisions. I look to the plants for the story; they can't really move from their environment and are forced to adapt. Some of the hypotheses we have proposed are in line with these organism's ability to survive in waterlogged environments. With CO2 being the primary element required for photosynthesis, how can they cope in these shallow waters that often become CO2 limiting? "Change yourself or change the environment." Some of the plants that we have measured seem to produce calcium carbonate within its cells. Now we are diving deeper into the story trying to understand how this can affect the carbon dynamics of a system with a CO2 and phosphorus gradient. This process of photosynthetic calcification is probably generalized across the tropics, being a hotspot for calcium carbonate formation, a process that has not been accounted for in many global carbon budgets.